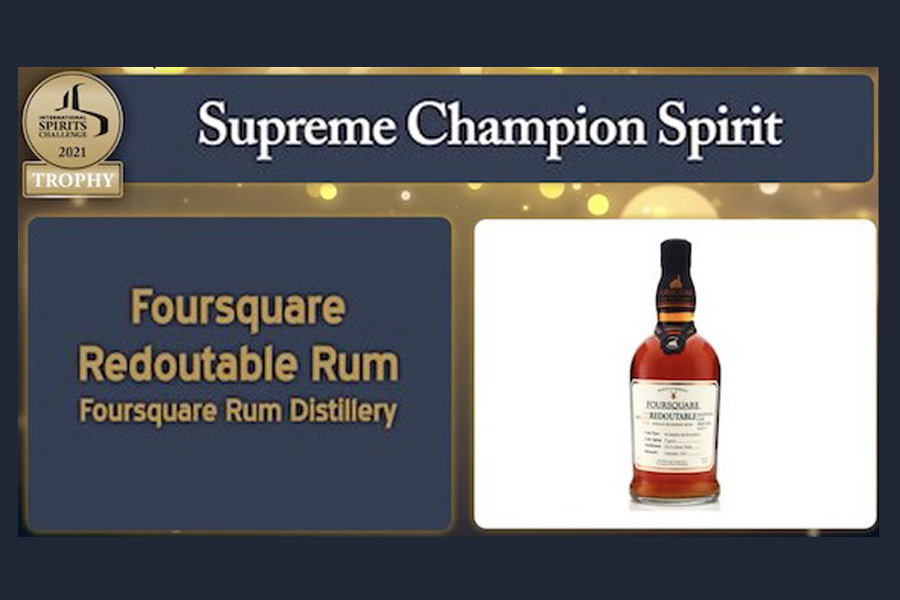 Foursquare Redoubtable was then selected as the very best spirit from that elite bunch. It features a combination of rums aged in ex-bourbon and first fill ex-Madeira casks, bottled in 2020.

It capped a very strong performance for Foursquare, which also won double gold medals for its 2008 and Sassafras rums. Fourth-generation family member Richard Seale was named Master Distiller of the Year, while the company was also named Rum Producer of the Year.